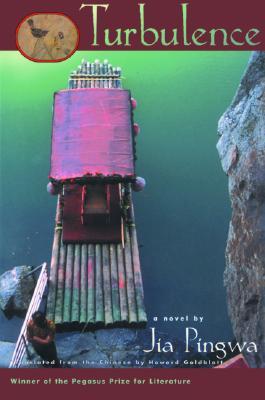 “…a subtle, sinuous tale set in rural China in the 1980’s–an epic of plain river people coping with incessant government meddling in their daily affairs. Existence along the Zhou River alternates between the mundane and the magical in Jia’s experienced hands (twenty-four books, three of them novels) as the inhabitants of the village of Stream of Wandering Spirits and nearby White Rock Stockade spring vibrantly to life. Torn between the manipulations of rival Tian and Gong clans, both infinitely corruptible, the villagers languish until a capable young man decides to grab the bullies by the horns. […] Country habits and haunting imagery greatly enrich this moral saga of a China at the crossroads, caught between old ways and new.”
– Kirkus Review

“A rare, richly detailed, and insightful account of life in a Chinese village during the tumultuous decade of post-Mao reforms. With earthy language and bawdy humor, Jia convincingly describes the enduring values that dominate the peasant psyche and social relations in China’s countryside.”
– Ann Scott Tyson, The Christian Science Monitor

“Turbulence is a work of earthy power whose main focus, the tension between unbridled capitalism and traditional social mores, is as pertinent in China as in America today. Both societies, though political opposites, share the same search for a balance between greed and responsibility. Jia Pingwa’s characters explore this dichotomy brilliantly. In their mountain village, each tastes success and discovers its hidden cost.”
– Paul E. Hutchison, Library Journal Review