To be published by Alain Charles Asia in 2020. 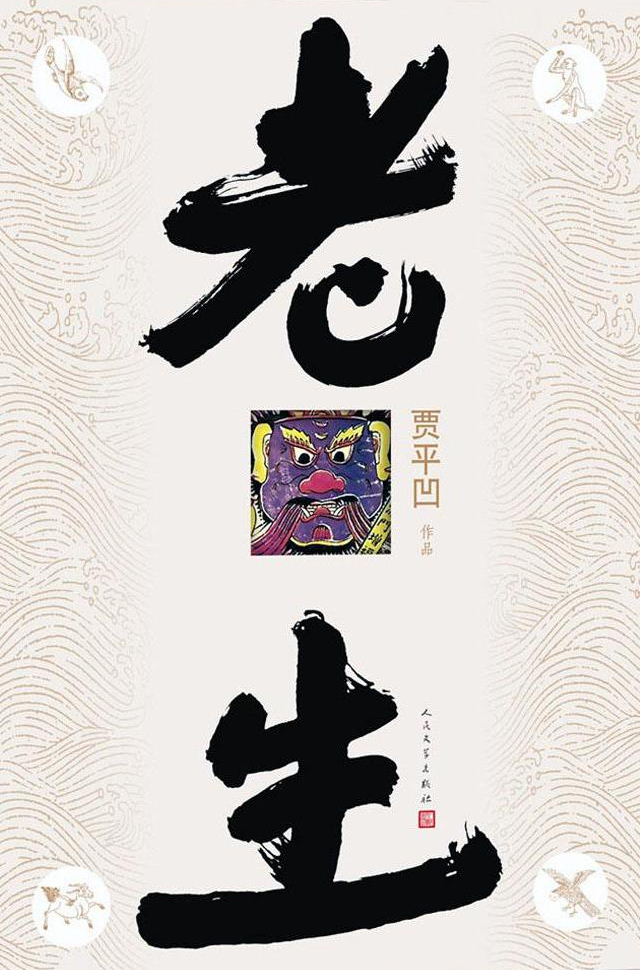 The deathbed of a rural funeral singer serves as the stage of Jia Pingwa’s newest novel. The protagonist of Lao Sheng—the title has multiple meanings in Chinese, including the elderly male role in Peking Opera, immortality and cliche—recalls the lives of about 100 characters, whose stories come to life as he remembers his travels among villages to sing in honor of the dead. Their stories create a mosaic of how the past century of revolution, reform and social transformation has shaped a rural stretch of Shaanxi Province’s Qingling mountain range… The book is thick with cruelty and kindness…on his deathbed, “the singer” views the people he has seen with a detached outlook that enables him to understand life’s absurdity, inconsistence and meaninglessness… The book reveals both the selfish and selfless sides of humanity. It also shows good people can be driven to evil, and vice-versa.

A historical allegory told through the framework of dying funeral singer, in his fourteenth novel, Master of Songs, Jia Pingwa weaves together four tragedies of the 20th century China: revolution, landlord classicide, Great Leap, and economic reform. While each promised new opportunities and a dramatic break with the past, particularly for those on the bottom rung of the social ladder, each ended up victimizing a new group while empowering another.

The Master of Songs is a funeral singer of indeterminate age from Shangyuan, an isolated village deep in the Qinling mountains of southern Shaanxi province. He is known for issuing cryptic prophecies which have a strange way of coming true, and like a Daoist immortal, wherever he goes he carries his drum and bamboo walking stick.

Kuang San is a local strong man who has ascended to the lofty position of the military commander of the northeast. Despite his predilection for using his influence to promote family members and associates to positions of power, he is widely admired by the common people.

The Shepherds are a simple-minded father and son who raise sheep on Cudgel Mountain, where the Master of Songs makes his home. Widowers, they raise the son’s only child, a prodigy who has tested into the high school in the county seat.

Old Blackie is a farmer from a rural village in Northern Shaanxi province. Born in the first decade of the 20th century, he is pulled into the violent civil war between Nationalists and Communists, who arrive in the area early 1930s at the end of the Long March.  His story forms the first act of the novel.

Li Desheng is a communist revolutionary who shows little remorse for killing innocent civilians to achieve the larger goal of defeating the Nationalists, leading to an irreparable split with Old Blackie.

Ma Sheng is the poorest resident of Old Town Village who, thanks to his low social class and violent tendencies, ends up being appointed deputy director of the local Chinese Communist Party land reform campaign in the late 1940s. Vindictive and vain, he uses his power to get revenge on the better-off villagers who once spurned him. His story forms the second act of the novel.

Shopkeeper Wang is a pillar of the Old Town community. His wealth and status make him an easy target for the land reformers like Ma Sheng.

Yu Zhuo is Shopkeeper Wang’s wife. Along with her husband, she becomes an early target of Ma Sheng’s revenge.

Bai Cai is the homely but voluptuous wife of a villager in Old Town Village. When Ma Sheng’s attempts at using his new-found power to seduce her fail, he reveals her on-going affair with a Buddhist monk at the local temple. As a result, the monk is beaten to death by the men of the village.

Feng Xie is an ardent and despotic supporter of the Great Leap Forward, launched by the CCP in 1957. Under the pretext of collectivization, she enforces and single haircut for all of the women Chessboard Village, in addition to uniforms and a village canteen.  Her story forms the third act of the novel.

Old Pi is a cadre tasked with carrying out the Great Leap Forward, along with Feng Xie and Liu Xueren.

Ma Lichun is a villager who becomes a target of the Great Leap Forward when she steals cloth to pay for her mother’s medical bills. Following a humiliating struggle session, a failed suicide attempt leaves her in a permanent mental stupor.

Xisheng is a once down-and-out farmer who becomes mayor of Angelica Village during the reform and opening of the 1980s after he comes up with a scheme to plant Chinese angelica (also known as female ginseng). His story forms the fourth act of the novel.

Borrowing from the dynastic histories of Chinese antiquity, Jia creates a powerful argument for a cyclical rather than linear view of history via the juxtaposition of seemingly disparate events. Fittingly, each chapter is prefaced with a passage from the Classic of Mountains and Seas, a enigmatic cosmology dating back to the 4th century BC.  Ostensibly a factual account of the geography of the world, this collection of several hundred short anecdotes (divided into 18 sections) provides one of the earliest records of the founding myths of Chinese civilization: the serpent goddess Nüwa, who created humanity and restored the pillar of heaven; the immortal Queen Mother of the West, reigning over her court on Mount Kunlun; Yu the Great, conquering the floods and bring order to the land.

By incorporating the Classic… Jia seems to be suggesting that contemporary Chinese history has become similarly mythologized in the PRC today. At the same time, by relying on personal narratives, Jia offers a counterpoint to the grand narratives of history which all too often justify the suffering of the few for the benefit of the many.

Perhaps most accurately described as a ‘peasant’s eye view of the past,’ the unique structure of Master of Songs plays to the strengths of Jia as a writer, providing a deceptively simple introduction to four critical periods in contemporary Chinese history.

Critically, Jia uses characters like Li Desheng, Ma Sheng, and Feng Xie to demonstrate the ways in which individuals took advantage of political campaigns to further their personal aspirations and desires. While opportunism is, of course, is not something which is unique to China, this is a bold position to take in a country in which revolutionary heroes are exalted to the point of deification and entire historical periods are unofficially off limits.

Although Master of Songs, therefore, can be seen to be one of Jia’s most obviously political novels, like his other work, it remains rooted the isolated mountains and plains of Shaanxi where the author was born and raised. By keeping his focus on out-of-the-way corners of the Chinese countryside, Jia’s offers a second, more subtle criticism of the grand narrative of history. The titular ‘Master of Songs’ perhaps provides a hint to Jia’s intentions: a practitioner of esoteric arts, versed in the supernatural, he represents the alternative power structure of ‘feudal superstitions’ that the CCP targeted with propaganda and mass campaigns aimed at the clergy and religious organizations.

Seen in this light, Master of Songs might be interpreted as allegory for the slow death of folk religions in the PRC, ironically hastened not by further authoritarian crackdowns, as much as by economic progress and internal migration from the countryside to the cities. As a prominent example of this trend within the novel, the shepherds’ son’s presence at the Master of Songs deathbed cannot be coincidental. What then, can we make of the fact that the young man is studying the Classic of Mountains and Seas, a foundational text of Chinese mythology? Perhaps Jia is suggesting that while history changes, texts remain. In a sense then, by controlling the text, we can control the narrative of history–not so much as it occurred, but as it comes to be remembered.

And yet, while the fungibility of memory is widely acknowledged, the authority of print obscures the same processes of substitution and omission (intentional or otherwise) that likewise act on the minds of author and editor. The Classic… is a perfect case in point: although it is treated as a single text with a single author, the scholarly consensus suggests a series of texts by series of authors over several centuries, culminating in a more or less stable whole in the Han dynasty of the 3rd century AD. Even this conclusion, however, overlooks the fact that the earliest received text for the (illustrated) compendium was printed in 1529. While earlier versions undoubtedly existed, and in all likelihood informed this Ming edition, our understanding of how the text changed as it was passed down can only be guessed at, piecemeal.

In Jia’s hands, however, the Classic… becomes the perfect metaphor for sketching out the unknown contours of the recent past. Like the cartographers of pre-Modern Europe, sketching out the sea dragons and terrible beasts of Terra Incognita on the edges of their maps, the authors of the Classic… were laying claim to the dominion of man: knowing, or ‘discovering’ as they would have it, became tantamount to possessing. Subjugated to the subnormal,  the traditions of the Other were subsumed under the taxonomy of the Self, that single, knowable whole. Much in the same way, through four interconnected stories spanning some six decades of Chinese history, Jia marshals the discordant threads of past to create an elegy to the utopian impulse and the tragic limitations of human nature.