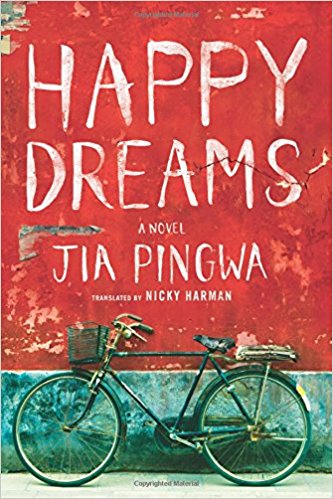 “Through Happy’s adventures in the city, Pingwa introduces the reader to a China still reeling from its recent modernization; Happy studies the class divisions in his new urban environment almost like an anthropologist as he tries to achieve his lofty ambitions. Interwoven with references to China’s tumultuous political history and rich artistic tradition, Pingwa’s novel captures a nation undergoing change and brutally illustrates what that change might actually cost.”
– Publishers Weekly Starred Review

“Liu’s sharp-tongued neighbor, the hair salon girl he romances, a rowdy beggar, a policeman, and a local businessmen round out the fairly small cast of characters. Both Liu’s narration and his interaction with the people he encounters are colored by his desire to appear as something more than just a junk collector. Jia Pingwa finds a bittersweet humor in these encounters and in Liu’s frustrated aspirations. The largely episodic plot is given a sense of direction by the author’s decision to open the novel with the story’s final scene, in which Liu Gaoxing gets into trouble with the police as he attempts to board a train carrying the body of his deceased friend wrapped in a blanket.”
– Joel Martinsen, Danwei.org